The Shaking Ground of Traditional Chronology

When, I heard that Dr. David M. Rohl had his New Chronology and named Ramesses II as the real Biblical Shishak. I panicked had he discovered my Bronze Age chronology and beat me to disclosing my identification of Shishak? No, he used another way, mainly translation of a nickname used by the ancient Egyptians (Rohl, 1995: 156—163). Nicknames in ancient Egypt wasn’t as uncommon as you might think (Tyldesley, 1995: 77). When I realized his method was very different. I relaxed and took heart. He had provided me another source identifying the same Pharaoh as Shishak.

I had used the plague in the Levant, Egypt, and Hittite dating to the 18th dynasty as one of my identifiers. Others included the similarities in the names of Jehoshaphat/Merenptah and Jehoram/Ramesses and the famine of Ahab (1Kings 18:2) era with that of the Hittite famine that Merenptah famously sent Egyptian grain to feed Hittite (Shaw: 2000: 303). This method of mine allowed only Ramesses II to be Shishak. 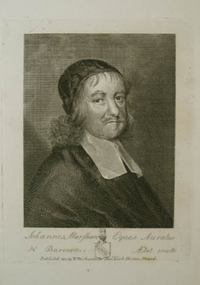 Dr. K.A. Kitchen acknowledges that Ramesses II in his 7/8 year with his army in tow just passed Jerusalem by (Kitchen, 1985: 67—68). While, Dr. Myśliwiec writing of Shoshenq’s campaign and supposed sacking of Jerusalem as Shishak (Myśliwiec, 2000: 45). He wonders at the lack of supporting historical documentation in Shoshenq’s geographical listing of the names of towns. That he did conquer but not listing Jerusalem or any other central Judean hill city. No, kidding Dr. Karol Myśliwiec then explains, “The opinion is that the relief does not depict historical reality but rather is modeled after an original from the time of Tuthmosis III, Amenophis II, or one of the great Ramessides. Once again, propaganda prevailed over fact.”

So, hello?  Again who is the historical Shishak? Ramesses, the second by that name, the Great indeed.

The Shaking Ground of Traditional Chronology

In the mid-1800 after the digs of Assyrian treasures began: the rush to translate them and fit them into Biblical history began.  The fact, that Shoshenq I as Shishak was codified in 1828 for these later transcribers it made certain any mention of Israel by Assyrians, had to be after Shoshenq’s I reign 943-922BCE.  In 1851Rev. Edward Hincks, a 2nd generation clergyman and early expert on the Assyrian language made the famous identification of King Jehu, the son of Omri on the Assyrian Black Obelisk (Chavalas, Younger Jr. 2002: 72, ff 15-16).

Now here is where real biblical record slicing, chopping, and dicing takes place.  The Jehu in the Bible is the son was Jehoshaphat, the son of Ninshi- 2nd Kings 9:2.  Not of 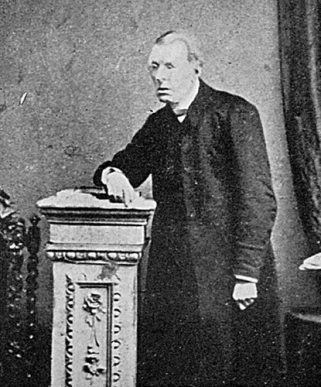 King Omri, whose son was Ahab, in fact this Jehu caused the death of the sons of Ahab.  Didn’t the Assyrian king know whom he was actually depicting on his obelisk?  I believe he did, it was Hincks that didn’t know- a clergyman!  Since Hincks translation of Jehu son of Omri, others have noticed the difference between the biblical identification of Jehu and this Assyrian identification.

Has this resulted in a reconsideration of Hincks translation?  No, it hasn’t.  What has happened is modern scholarship asserts Hinck’s identification is correct.  The Black Obelisk is held to this very day as depicting Jehu, son of Omri.  One interesting explanation, of this impossible translation of Hinck’s is the Assyrian king so admired the foreign Israelite King Omri he changed the name of Israel to Omri-land (Stiebing, Jr. 2003: 249).  Most in scholarship today, simply ignore any objection.  For them Hinck’s translation is correct, the Bible or the Assyrians were wrong.

What isn’t considered by scholarship is that Jehu overthrew the actual royal house of Omri and instituted his own house, as the royal house of Israel.  Other registers of the Black Obelisk clearly shows the disgust and punishment of usurpers like Jehu, by the Assyrian king.  Nor is the history of Omri recorded in the Bible considered.  The royal house of Jeroboam died out resulting in the first of several civil wars for the kingship title of Israel.  General Omri ruled for 12 years, four of them during that civil war before becoming king.

One last problem exists and that is with the Black Obelisk itself.  It does not fit with the history of obelisks in the ancient world.  While much smaller than the more known obelisk’s of Egypt.  The era of obelisks dies out in the ancient world from the end of the 19th dynasty ca. 1292-1109BCE until Egypt’s 26th dynasty ca. 664-525BCE.  Sticking the Black Obelisk in the 9th century of Assyria, as is currently done makes the obelisk stick out in history like a sore thumb.  Since the only Assyrian Obelisks appear during Shalmaneser reign.

Based upon the dependence of Shoshenq I, origin of the identification of Jehu, the sore thumb that is the Black Obelisk, the total lack of respect to the Bible record, and the disrespect to the Assyrian King Shalmaneser, the third by that name.  I can’t accept Rev. Hinck’s translation.  Something is wrong with it.

Addendum I have since learned of another translation from a later dated Assyrian monument also using the term Omri-land.  It is not the same Assyrian wording but results in the same translation Omri-land.  The evolution of word construction and meaning moves slowly even today, yet in ancient Assyria with respect to Israel it moves quickly.  I dismissed it as simply more desire by Western scholars to force scripture with real history improving neither.